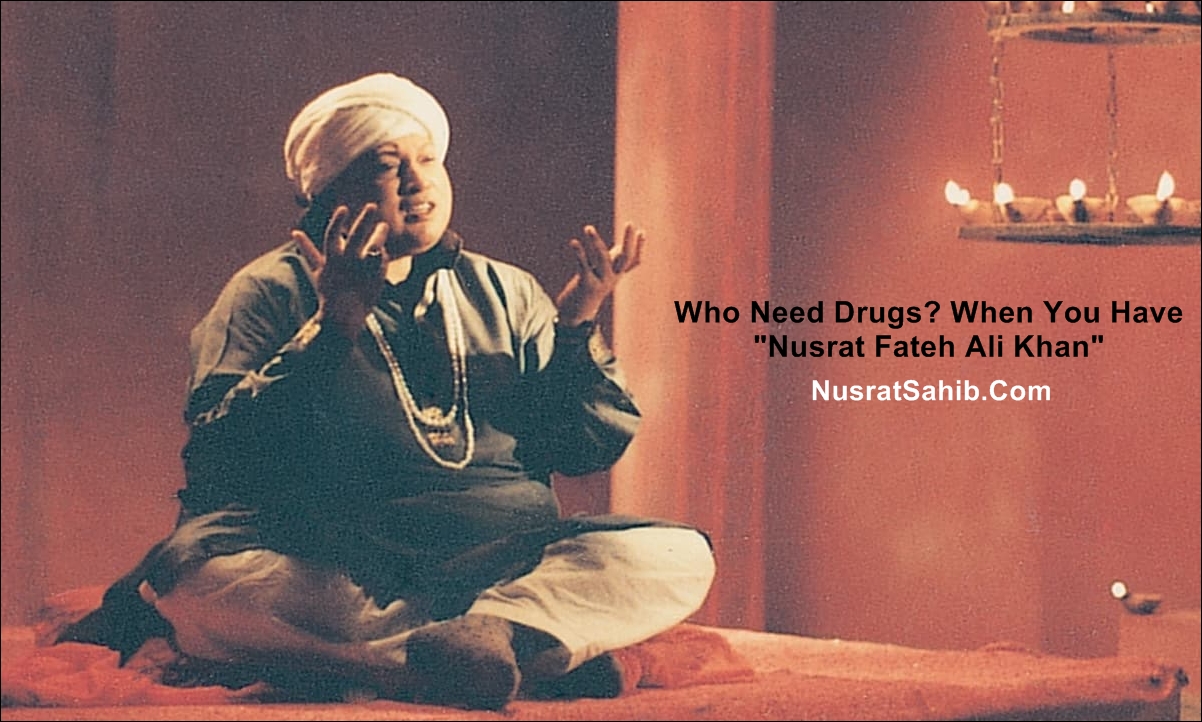 Often referred to as the "voice from heaven" by fans worldwide, the qawwali maestro Ustaad Nusrat Fateh Ali Khan left us 20 years ago today. But who would believe that, given how his songs are still played at every event in Pakistan, India and worldwide. The remixes and tributes have helped successfully impart his rich music legacy to the generation that was born after his demise.

Ustaad Nusrat Fateh Ali Khan was labelled as a rebel even during his time for his "deviation" from what was perceived as pure Eastern qawwali at the time and embracing modern musical instruments as a way to connect the new generation with the traditional music. He became an instant hit worldwide also for a reason that he did not insult the music of other countries and instead embraced it. His collaboration with musicians from other countries and connecting Eastern and Western music made him an instant hit among his Western audiences as well. A reason why people in the West paid to attend his concerts and then get captivated by a genre of music that had been alien to them.

The music genius was born in Faisalabad on October 13, 1948. His voice and music truly transcended all boundaries and borders and effectively ruled millions of hearts worldwide, especially in Pakistan and India.

Ustaad Nusrat Fateh Ali Khan entered the world of music with traditional qawwalis with a blend of modern instruments. His participation in the World Music and Dance Festival added to his international prominence after which there was no stopping for him.

Ustaad was regarded also as a maestro of Sufi music because of many of his hit spiritual songs. His national song Mera Inaam Pakistan is still current and is played at official events as if it was released yesterday. Other than this, Ustaad gave several hits about romance and love. In his short stint in Bollywood, he gave music for three films and collaborated with artists like Javed Akhtar.

He went on to release several movie scores and albums worldwide, especially in Europe, India, Pakistan, Japan and the US. He is also famous for his collaborations with prominent Western artists such as Peter Gabriel. He toured worldwide extensively and performed in over 40 countries.

Ustaad Nusrat Fateh Ali Khan was suffering from lever and kidney problems and died on August 16, 1997 after cardiac arrest in London leaving the fans worldwide in shock and mourning.

His body was brought back to Pakistan and was buried in Kabootran Wala Qabristan in his native Faisalabad. He was survived by widow Naheed Nusrat who passed away in 2013 and daughter Nida Khan.