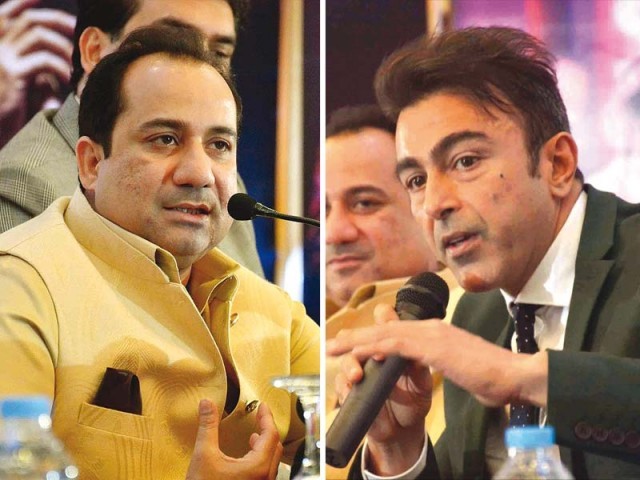 LAHORE: As Nustraf Fateh Ali Khan's nephew, music runs in Rahat Fateh Ali Khan's blood, but now he wants others to experience its magic just as much. The legendary Pakistani singer has announced that he will be setting up a music academy in memory of his uncle. The institution will, in fact, be named after the late qawwal, who is widely regarded as one of the greatest musicians of all time.

In this connection, Rahat held a press conference in Lahore on Wednesday, which saw the Tere Mast Mast Do Nain hit-maker share what he hopes to accomplish with the Nusrat Fateh Ali Khan Music Academy. "Nusrat died at the age of 48. Therefore, I have decided to pay tribute to him by organising 48 concerts all around the world. The proceeds of the concerts will be used for the formation of the academy," said Rahat. "It will be at par with international standards and we hope to provide classes in all genres of music, including classical and qawwali."

The series of concerts will commence in Nusrat's hometown of Faisalabad in January next year, and culminate in London in September. "I wanted to start my tribute from the very place that gave birth to the legend that he became," Rahat explained. "The last concert is scheduled to be in the UK because Nusrat spent the last few days of his life there." Other than this, Rahat and his qawwal party will tour all major countries that Nustrat used to tour in his lifetime and entertain the fans who still miss his voice and music.

"Hopefully, they will also attend my concerts. My country's integrity is very important to me and I am deliberately not doing a concert in India yet," Rahat said.

The singer went on to reminisce the time he spent as Nusrat's understudy, saying that he learnt a great deal from him. "I want to show the world how Nusrat worked on his music and how great a service he has done to the world by making such unforgettable tunes," added Rahat.

According to the Ajj Din Chadheya singer, he has been struggling to establish the music academy for many years now and has also tried to contact various local and international artists to serve as teachers and mentors at the academy. He has also requested Shafqat Amanat Ali Khan and Atif Aslam, among other local artists to join him.

Also in attendance was actor Shaan Shahid, who pledged his support for Rahat's plan. "We cannot deny that Nusrat promoted the message of love and Sufism through his music, all over the world. And now, we have his nephew Rahat trying to pay homage to him. Therefore, I humbly request all other artists to come forth and support him in this mission," Shaan said. "There is always a need for artists like Rahat, so that the message of Sufism can be promoted across the world."